Auto-suggest helps you quickly narrow down your search results by suggesting possible matches as you type.
Showing results for
Search instead for
Did you mean:
Reply
Topic Options
Highlighted
Sophie-RO
Contributor

Some of our most visited content pages on our youth site are our bullying content and as we prepared for this service launch, bullying was one of the top concerns for parents.

Bullying is all too common, and for young people it can feel very isolating and like there is no where to turn.

What are the ways that you've helped your kids about bullying?

Well after I hid the fact that I was distraught, I talked to my son about what was happening. He was a bit chubby in Year 7 so it was usually criticisms and ridiculing about his weight.

I had a couple of things in our favour: the school had just implemented a zero tolerance position on bullying and my son is very smart and funny (as are all of yours no doubt!)

I suggested he try various strategies:

I would tell  him he was handsome/kind/funny etc but he said "You have to say that you're my Mum."

In the end, what worked for us was drawing on his own compassion. I said to him "You have to feel sorry for bullies - people who can only feel good by making others feel bad. They are either jerks, or maybe they have a terrible homelife, or were bullied themselves. They are after a reaction from you, don't give it to them. Stand up, look them straight in the eye and say 'Your parents must be so proud of you' then walk away."

I also told him that I would expect him to step up if he saw someone else being bullied.

Hey @Mitzi, sounds very reasonable! Being a supportive bystander doesn't mean you put yourself in danger! Imagine if their were more people willing to speak out (safely) against bullies, I'm sure it would have a huge impact.

People respect those that stand up for others but being a supportive bystander can be tough. Sometimes it’s not easy to work out how to help safely because bullying happens in different ways and places.

Some ideas are
Make it clear to friends that you won’t be involved in bullying behaviour
Never stand by and watch or encourage bullying
Do n't tease or spread gossip, including on social networks like Facebook
Never forward on or respond to messages or photos that may be offensive or upsetting
Support the person who is being bullied to ask for help e.g. go with them to a place they can get help or provide them with information about where to go for help.
Report what you see to someone who can act e.g. at school to a school counsellor; at work to a manager; on Facebook, report it to Facebook...

What do other people think? 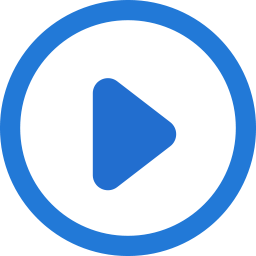 This song is a beauty about someone standing by & watching someone being bullied, and then regretting it years later.

My son was bullied at school and it was such a hard thing to watch him experience and go through.

He did get through it though, and I see a strength in him now that wasn't there before.

To help him, I chose to focus on building his self-esteem. He was enrolled in Martial arts and taught how to defend himself against bullies. His instructor was fabulous - one of those really down to earth, no nonsense, practical guys that had a knack for making the kids feel good about themselves. He was always saying things like, 'let me see that superstar kick of your's,  You're a legend, that's awesome'.

Interestingly, when the kids could improve on something, he also pointed that out to them, but again, it was done in a really positive way eg. if a kick was to low, he'd say something like, 'What was that, are you fighting a munchkin or something?' His tone would be exaggerated and funny and the kids would laugh and be like, 'Nooo' and then try harder with their next kick.

His confidence has come on in leaps and bounds and now, if someone is giving him grief, he speaks up for himself and doesn't let it impact him. He seems to understand that its issues the bullies have and that they are only trying to make themselves feel better by treating him poorly.

If I was to offer a suggestion to other parents who had children being bullied, I would definately encourage them to find something that your child can do that gives them a sense of pride and accompishment and makes them feel good about who they are, because that may help counteract the really negative words and actions of others.

Great to hear how your son's confidence has improved - must be so wonderful for you to see!

That martial arts teacher sounds like a great male role model for your kids too @CareBear...

Love your top tip - "find something that your child can do that gives them a sense of pride and accompishment". Awesome stuff....
Report Inappropriate Content
Reply
1 Like
Highlighted
StHubbins
Frequent scribe

Thanks for sharing @CareBear.  Some really good advice.