Auto-suggest helps you quickly narrow down your search results by suggesting possible matches as you type.
Showing results for
Search instead for
Did you mean:
Reply
Topic Options
suzie
Scribe 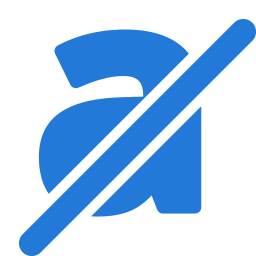 I can imagine how concerned you must be for your child and I'm really glad you've stopped by the forums for help. Have you tried to talk to your teen about self-harm?

There is a fact sheet on things you can try to help your teen manage self-harming behaviour that you may find helpful.

Your child can also talk anonymously with trained peer supporters over on the ReachOut forum for young people.

Suzie, IMHO you are right now living a parents worst nightmare. It happened to me a few years back, I still remember every detail. I remember the chill of dread deep in my gut clutching my vital organs as I wondered if it would go further to ......unthinkable.

My entirely unprofessional, untrained advice is to ensure that your child knows that s/he has your absolutely unconditional love. Don't assume, tell her him right now out loud. Then look through this site for help and maybe phone Lifeline. SASPO contact your GP and get a referral to appropriate psychiatric help.

Take heart, my child recovered, I hope and pray that yours can too.

Hi @suzie I just wanted to check back in with you. How are things going with your child?

Hi - I just wonder if you can tell me a bit about your story and the recovery of your child from self harm.  Right now everyone says it's ok and they'll get through it and it will be a big learning curve for them but right now I can't see how this cycle will end.  I think I just need to hear a good news story including how you were around your daughter each day whilst she was in a bad way.  My daughter won't let me talk to her at all about any of it.  If I do she gets very angry and goes to her room and I'm not allowed in.  She won't allow her Dad to know either (he does know - he's not silly).  We have no idea what the trigger has been other than some school yard bullying about 4-5 months ago but I think this has rocked her self esteem, body image and view on life.  Your story might help me to understand a bit better because right now I feel like I am driving my daughter away with my worrying.  I don't really know how to help her if she won't let me help her.

My daughter was very "different" and withdrawn when she was actively self harming. Once we found out about it we were able to see the signs. It didn't mean that we could divert her from this or even talk about it. So I just gritted my teeth and tried to be dad and took every chance to chat, even the pedestrian stuff, so it was a habit and hoped that we could keep talking rather than the silence we'd had so many times. It felt bad and we felt very helpless but there was nothing we could do.

After a while she stopped and we finally realised that. A lot of the history and what she actually did came out at an interview with a psychologist she was seeing. We were invited in for a chat at the end of the session and found out many things.

It's not really a good news story because we were merely passengers on this out of control bus which happily stopped at an OK place. She has told us that it was a "phase" - her word - and that's over now. As for your worrying, we worried ourselves silly even though we knew it was pointless, but this is my child here and I'm not made of granite, of course I worry like hell about her. Overlay worry with a knowledge of your helplessness and you get the concept of how it feels as I'm sure you do. She chose to let herself recover, we were locked out of her world and couldn't help - an awful feeling for a parent - so we had little to do with her recovery.

All I can suggest is unconditional love and prayer if that's your thing. Try to keep your life going too, you're not much help to your child if you're an emotional wreck. That's what we did, more or less successfully - less rather than more I must admit. I truly wish you good luck with your daughter as she works herself out.

The current time is Mon, 4:50 AM
(Australian Eastern time)